A little hit and miss, but the sentiment is dead on.
Posted by Otto Man at Thursday, November 20, 2008 5 comments:

Thanks to all those who served and serve. Hopefully, President Obama will help make our thanks a little more than the current plan of annual lip service and yellow-ribbon stickers.
Posted by Otto Man at Tuesday, November 11, 2008 1 comment: 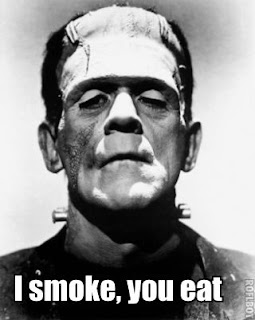 Obama won Virginia in large part because of the ever-increasing number of democratic voters in Northern Virginia. Mark Warner, Jim Webb, and Tim Kaine all can credit NoVa with providing the margins of victory in their senate and guber races (with massive assists from Macacca and the world's worst governor, Jim Gilmore).

In their pursuit of a smaller government, over the last 30 years the Reaganites have created this monstrous democratic voting bloc. As the have budgets shown, republicans never shrank government in any meaningful way, they just outsourced it to a gigantic network of contractors, call it the information-industrial complex or something. Where there once were farms and sleepy towns now are Grant-Thorton, Northrup-Grumman, SAIC, AMS, Raytheon, and tons more that you've never heard of. These contractors hire educated people, and overall they pay them decently.

There are a lot of downsides to this informational-industrial complex (incredible amounts of waste, weak oversight, annoying names), but as far as politics go, nothing spells death to the republicans like "educated middle class."

Thanks again, jackasses.
Posted by Thrillhous at Monday, November 10, 2008 5 comments:

Get Your War On

The excellent Get Your War On videos always cause the site to crash, so you'll have to click here to witness the dawn of the New World Order.
Posted by Otto Man at Saturday, November 08, 2008 No comments:

If you were worried the Republicans might finally wake up after two straight ass-kickings, and realize the right-wing schtick isn't working anymore, rest easy.

The House Republicans have just selected their new leadership team. John Boehner (R-Oompa Loompa) will stay in charge of the dwindling Republican minority, but the second and third in commands will now be Eric Cantor and Mike Pence, two congressmen whose loyalty to the far right is only rivaled by their own stupidity.

There are so, so many bits of Cantor's public appearances I could use here to illustrate just how terrific this is for the Democrats, but I'll go with this one from February 2007, when Cantor insisted that Congress has no constitutional authority in declaring war.

In case you can't watch video at work, or just want to be spared the sound of his voice, here's a transcript:

CANTOR: I‘ll leave that decision up to the commanders on the ground and those in our military ...

MATTHEWS: Commanders on the ground whether we go to war with another country?

CANTOR: I will leave the decisions in the military arena to—this is exactly the point.

MATTHEWS: This is Barry Goldwater taking. He used to say that.

Regional commanders can decide whether we want it use nuclear weapons. You‘re obviously saying soldiers should decide which country to go to war with.

CANTOR: I‘m here to say the military experts are those which might come up with the recommendation to the commander in chief that makes the decision. It is silly for us to expect .

MATTHEWS: I‘m not talking — I just asked you a very simple question .

MATTHEWS: I‘ve never heard of anything like this in my life. Never in my life.

ISRAEL: Congress has a constitutional responsibility to decide whether we‘re going to war or not. That‘s what we‘re elected to do. Those are the debates we should have.

CANTOR: Every president since...

MATTHEWS: The idea of declaring war as a soldier is unimaginable. ...

Let me ask you Congressman Cantor, very clearly, to clear up our discussion, if the U.S. Congress were to discuss tomorrow morning whether to declare war on Iran, would you vote yay?

MATTHEWS: Would you support the president if he declared war in Iran tomorrow morning? As things are right now.

CANTOR: I will support what is in the best interest of securing this homeland and providing our troops with what they need and if there is a threat on the ground in Iraq and in the region that our troops need us, I will support them and that‘s exactly the point on this Iraqi resolution because the Democrats want to have their cake and eat it, too. This is a nonbinding resolution. It‘s a sense of Congress. It doesn‘t mean anything. In fact it pollutes the message and sends the wrong message to our troops.

MATTHEWS: Congressman Israel, what‘s the role of Congress in war and peace?

ISRAEL: Congress under the Constitution of the United States authorizes war. The War Powers Act requires Congress to vote on whether we should insert troops into hostile situations. The law is clear.

CANTOR: As a commander in chief the constitution gives .

MATTHEWS: Congressman Cantor, why did the president ask for approval of Congress before he went to Iraq?

CANTOR: I certainly think his counsel gave him guidance why he need to do that but the Constitution gives the commander in chief the right to send our troops into battle.

MATTHEWS: Maybe when it comes to war we don‘t need a Congress according to that.

This assclown doesn't even understand the fundamental powers of Congress, and he's now the second most powerful Republican there. Awesome.
Posted by Otto Man at Thursday, November 06, 2008 3 comments:

There are many things to be excited about with the election of Barack Obama, but the emergence of Republican-on-Republican violence is certainly at the top of my list.

In this clip, Fox News's Carl Cameron reveals a lot of new exciting information about Sarah Palin. What's worse? The daily tantrums? Or the fact that she thought Africa was a country, not a continent? No, wait -- she couldn't name the countries in North America? So many to choose from. Enjoy.
Posted by Otto Man at Thursday, November 06, 2008 2 comments:

that has to be the worst post-speech music ever.
Posted by InanimateCarbonRod at Wednesday, November 05, 2008 2 comments:

Watching the election returns, I decided to flip over to Fox News.

"Suicidal" is too happy a word to describe their coverage. Brit Hume and Karl Rove are just now discussing Ohio going for Obama with all the excitement of the Brezhnev funeral.
Posted by Otto Man at Tuesday, November 04, 2008 No comments:

Liddy Dole can take her fucking "godless" attack ads and shove them where the sun don't shine.
Posted by Otto Man at Tuesday, November 04, 2008 No comments:

Quick, before it's not funny anymore 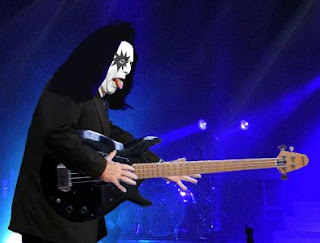 Yesterday a neighbor called my wife to inform her that someone was playing "a horrible joke on your husband."

"Someone put an Obama sticker on his car," the neighbor responded with concern.

UPDATE - I just voted and it was actually emotional. I kept thinking about how far this campaign has come. What it means about America. And fuck Bush.
Posted by Studiodave at Tuesday, November 04, 2008 5 comments:

On the day before the inevitable clusterfuck at the polls, let's take a moment to review the wonder of this fucking election.
Posted by Otto Man at Monday, November 03, 2008 No comments: