And as Michelle Bachmann will explain to you, with her deep knowledge of history, the Hindenberg was a spaceship designed by Alfred Einstein that blew up and killed the Wright Brothers.
Posted by Otto Man at Wednesday, April 29, 2009 11 comments:

This is some powerfully strong stupid from Sen. Jim DeMint.

CNN's Rick Sanchez reacts to it like he's been hit in the face by a skunk. And rightfully so.
Posted by Otto Man at Tuesday, April 28, 2009 6 comments:

Not even Fox News's own anchors are buying its bullshit anymore.
Posted by Otto Man at Monday, April 27, 2009 No comments:

Given the exciting news that semifunctional mongoloid John Madden is retiring -- or being mercy-killed, a la Lenny in "Of Mice and Men" -- I thought it would be nice to repost an old favorite from 2005. 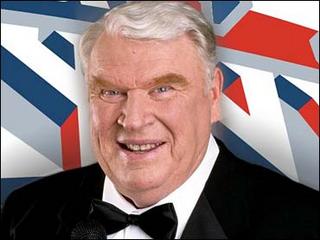 As regular readers of LLatPoN will recognize, the bloggers here are all 100% American. And as such, we're all ridiculously huge football fans.

The fall is a holy time for us, as it brings not just the return of the NFL and college ball, but enough related activity -- like fantasy leagues and an extra thirty or so hours of TV time -- to fill the voids that are our lives. My wife blessedly lets me have Sundays to myself, my friends and my DirecTV NFL Uberfan package, and I enter a warm and friendly womb in which NFL Commissioner Paul Tagliabue is my benevolent and wise ruler.

So I love football; I live for football. But as the modern-day poets of Poison reminded us, every rose has its thorns. And the biggest, fattest, dumbest thorn of football season is, without doubt, John Madden.

I know there are people for whom Madden embodies all that's great about football, but I have it on good authority that all such people are communists. Madden may have had good days with the Raiders way back when and he might have lucked into endorsing the hottest NFL video game, but at his current job -- color commentary -- he is absofuckinglutely horrible.

A good color man will offer insight on the game, thoughts on why a certain kind of offensive play worked, what kind of coverage the defense is using, what strategies are being employed and what adjustments are being made on the fly. Madden, however, tends to offer the kind of color commentary that would come from a seeing-eye dog: He simply describes what's happening as if you didn't see it yourself, and he does so with the intelligence of a slightly retarded labrador retriever. A slightly retarded labrador retriever who likes to yell "BOOM!" a lot.

His commentary during the action generally veers between the obvious and the oblivious. Here's a pearl of wisdom that just came down live: "It's almost impossible to play offensive football without an offensive line." Really? Who knew? If his comments aren't empty to begin with, they slowly circle into nothingness, like a turd in the toilet bowl. This isn't an exact quote -- remembering it perfectly would cause me to slip into a coma -- but there was a line from tonight's game that went something like this: "You see, Robert Ferguson can give you the short catch, and he can give you a medium catch, and he can give you a long catch too. So there are a lot of catches he can make, and he made one there. A good medium catch."

The instant replay is normally where a color man shines, but for Madden it's where the inanity shines through. Most of his replay commentary falls into two categories. First is the hey-didja-see-that? style that would've been perfect for the golden age of radio, but which doesn't really add much to the televised game. Yes, John, I saw that one guy hit that other guy real good and then the one guy fell down. Thanks for the insight. Second is the telestrator replay, where Madden gets to play with his crayons all over the pretty screen. There is nothing too inconsequential or too obvious that Madden can't break out the telestrator and dumb it down more. I once saw him circle the different kinds of cleats on a running back's shoes. Gripping, John. Gripping.

Alright, halftime's over. Back to the game and the ageless wisdom of the man who created the turducken. Thank God I have Lionel Hutz's wisdom to guide me. Sweet liquor eases the pain.
Posted by Otto Man at Thursday, April 16, 2009 8 comments:

And it's Jonathan Chait for the win.
Posted by Otto Man at Thursday, April 16, 2009 No comments:

This may be the single greatest moment in cable news history.

See if you can count how many sexual puns Schuster crams into this segment. I lost count at twenty or so.
Posted by Otto Man at Tuesday, April 14, 2009 4 comments:

History, Who Knows? We'll All Be Dead.