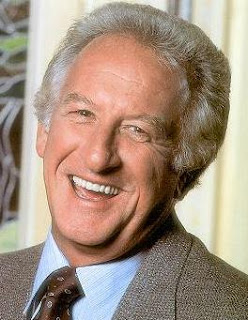 Never been a big Favre fan, and I was happy to see him retire. The TV bloviating over the end of an era was nauseating, but at least it was the end. And now a perfectly good summer of Orioles baseball thinking about football has been ruined by nonstop Favre. And now he's playing again? Save me, Jeebus.

I love Michael Wilbon on PTI, but I'm very happy not to have Kornheiser on with him. Gets old after awhile, and it's not just the Favre love.

Are the DC Nationals the baseball equivalent of the Atlanta Hawks?

I'm pretty hepped up about USA basketball. I know some people (ahem Otto ahem) are anti-Coach K, but it looks like he's getting his stars to play together and not all try to dunk at once. The big thing to watch for is defense, which they actually play in Europe.

Have any of you ever heard of Colin Cowherd and/or his radio show on ESPN radio? The dude sucks, and my station just picked him up. Who's on the other sports radio station at that time? Tony Kornheiser.

Does anyone know or care who just won the Tour de France?
Posted by Thrillhous at Thursday, August 07, 2008

Cowherd can be okay, but his show is really one big editorial. And is often totally off-topic and not even sports-related.

For a while in Michigan I was REALLY enjoying Jim Rome. And I used to hATE that guy. Then they swapped back to "The Herd."

I'm in Asheville now, and it's Cowherd on middays.

That's always been the problem with USA B-Ball. All these huge stars who are used to carrying teams on their backs by themselves don't really know how to play as a team. I hope "Me"-ball is over and we can win our rightful gold medal...

The big thing to watch for is defense, which they actually play in Europe

This is exactly why we got our pants yanked down the last time. Gotta win with defense, because simply scoring 100 points won't work when you can't stop them from doing the same.

I'd like to welcome Larry King to the site and remind readers that his weekly sports column will be a regular feature here.

The reason the U.S. hasn't won in awhile has less to do with defense and more with the fact that we can't hit outside shots. It really killed us at the last Olympics and will continue to be a problem unless our sole long-range shooter (Redd) and streaky long-range shooters (Kobe, Wade) start knocking them down.

Sports talk radio is a vast wasteland of half-educated, over-opinionated blowhards. I gain nothing and possibly lose IQ points while listening to it. The closest I come to listening to it is downloading the ESPN Sports Guy's podcasts and listening to them on my iPod.

Good point about the outside shooting. The last olympics was a brickfest.

Not sure about the David v. Goliath thing, if only because it's not even American basketball that gets played in the olympics. And there's some damned strong Euro and S. American teams out there.

Well, it's less of a David-vs-Goliath thing than it used to be, but still, the U.S. should be the prohibitive favorite considering the talent they have. I'm pretty sure everyone on the team has been all-star (except maybe Deron Williams? Who probably should have been.), and I think any other team has, at most, one all-star.

Very true, peb, USA has more talent per player than any other team, hands down. If Team USA played up to the level of their talent, they would never have missed gold. Getting them to play together is Coach K's responsibility, and even you haters have to agree that K can get that done.

even you haters have to agree that K can get that done.

I agree to no such thing.

Coack K can sit on it and rotate.