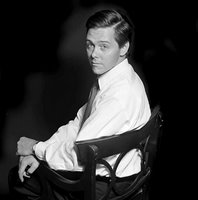 Over at the TPMCafe, Ed Kilgore is wondering about an angle of the Abramoff scandal that I'd been thinking about myself. We all know that the scandal is going to spell trouble for current office holders like Reprehensibles Representatives Tom DeLay and Bob Ney, but what about an obscure current candidate named Ralph Reed?

Ralph Reed, the former Christian Coalition figure and Bush-Cheney campaign official, is currently running for Lt. Governor in Georgia. Reed is a high-profile member of the Religious Right who once graced the cover of Time Magazine (which billed him as "The Right Hand of God") and his entry into this race is seen by virtually all political observers as the first step in a prolonged campaign for the presidency within a decade or so. This isn't a run-of-the-mill state campaign; this is a make-or-break moment in a political ascension.

Not only is Reed a major figure, he's right in the middle of the Abramoff and Scanlon casino scandals. So far, it seems he was engaged in little more than some shady, behind-the-scenes lobbying that netted him some laundered cash. Not the worst scandal, but certainly on the sketchy side.

All of this leads me to one question -- how come we never hear about him in association with the Abramoff affair? This is a Big Man in a Big Scandal. Given his longstanding tie to Abramoff and what we already know he's involved in, isn't his role worth looking into?

I'm sure many people think it may be too soon, in both the timeline of the scandal and the timeline of Georgia's 2006 election cycle (which still has the Republican primary to come), for serious investigation of Reed's connections to Abramoff. The Atlanta Journal-Constitution seems to be on the ball about this, but the national news outlets all seem to be a little quiet. What gives?
Posted by Otto Man at Wednesday, January 04, 2006

I assume your question at the end is retorical....

This is dangerous stuff, and that he's dodging the bullet right now helps him not have to bring up his transgressions, which is better than lying about it (for a "Christian Right" kinda guy). We'll call it the "sin of ommission."

Prolonged campaign for President? Dear Lord.... My favorite will be if they start talking about the dangers of a Shiite-led Iraqi government, all while trying to establish a religion-dominant government right here in the U.S. That is a strange kind of hypocrisy.

Ralph Reed was very much involved in the take-down of Sen. John McCain in the SC primaries in 2000 that included speeches at Bob Jones University and flyering cars with leaflets that claimed McCain had fathered a black baby. He's a real upstanding a-hole. Definitely would like to see him in the race for Prez.

Nah, I want this guy taken down now.

I'm scared he'd actually have a shot at winning the presidency if he ran -- sweeping the South, the Midwest, and plucking off a few states elsewhere, especially if the Dems blow the nomination once again.

In the words of Barney Fife, it's time to nip it in the bud.

Or did you mean let him get the Lt. Gov. nomination? That might not be a bad thing, assuming Georgia's Democrats have the ability to take him down in the main election. I'm not convinced they do.

I hope the good guys are waiting for Reed to get deeper into the race before open up on him (rather than doing some kind of Dukakis high road crap where they don't bring it up much).

By the way, OM, your comment about our fundies and their fundies is classic.

In defense of the national media, are there any Lt. Gov races that have gotten national attention? Sure, Reed's a player, but it's not like he's Clint Eastwood running for mayor.

And the dems have to keep their powder dry until this thing starts blowing up. Right now at most 1% of America has heard of Jack Abramoff, and you can't tar someone by associating with someone they've never heard of.

Hopefully Ralph Reed will become the next Gary Bauer, though I'm sure Reed is staying up late learning how to flip pancakes.

You have a point, iRod. The outrage and investigations may only take hold once Abramoff becomes a commonplace name in the public's mind.

Or did you mean let him get the Lt. Gov. nomination?

Yep. That's what I meant. If he gets smoked in that election by a Dem, he's done. If he gets taken out now, the Repugs will nominate someone else, and that someone else will win over a Dem.